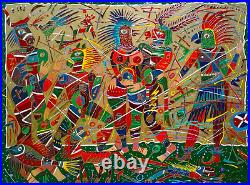 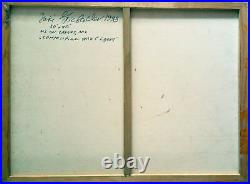 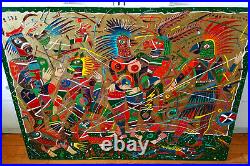 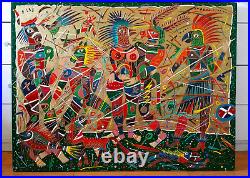 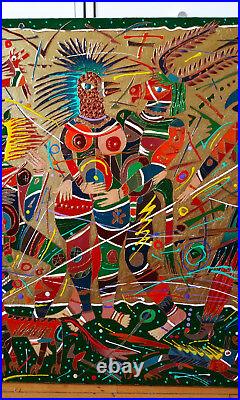 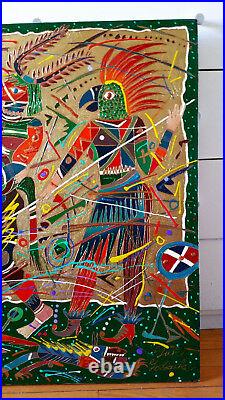 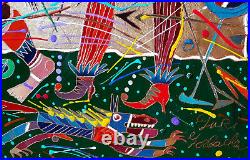 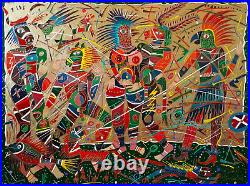 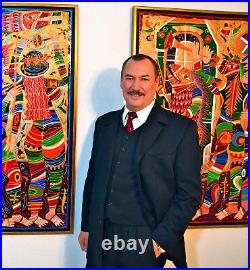 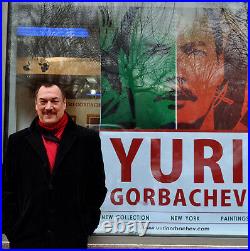 ORIGINAL PAINTING BY YURI GORBACHEV. This original painting was painted by Yuri Gorbachev in 1998.

Gorbachev's work is represented in more than twenty museums worldwide including the permanent collections of The Russian National Museum, St. Petersburg, The Louvre, Paris, the Moscow Museum of Modern Art, The National Ukrainian Museum of Art, Kiev, The Rudana Museum, Bali; his work was also in the Clinton White House and The United Nations for which he designed a United Nations Stamp, Green Parrot on Red Flower, for the Endangered Species series. The first stamp of this series was done fifty five years ago by Salvatore Dali. In 2011, Yuri Gorbachev designed a new label for Stolichnaya Vodka, called "Four Elements" Previously, From 1994 through 1999 "Stolichnaya" commissioned him to design their annual Christmas "Holiday" advertisement, which appeared in hundreds of magazines around the world including Art & Antiques, Vanity Fair, Vogue, Time, W, GQ, Elle among others. In 1998, Rizzoli International, published "The Art of Yuri Gorbachev" and in 2002, The Bertelsmann Group, published "The Art of Paradise", a major book about Yuri Gorbachev's life and art. Yuri Gorbachev, classically trained in Soviet art academies, uses lacquer and glazing techniques in his paintings,, exhibiting his classic training and unique style; black is not part of his palette. Gorbachev's artistic career has flourished in New York City and he has had more than two hundred solo exhibits all over the United States, Europe, South America and Asia. This item is in the category "Art\Paintings". The seller is "fineart319" and is located in this country: US.