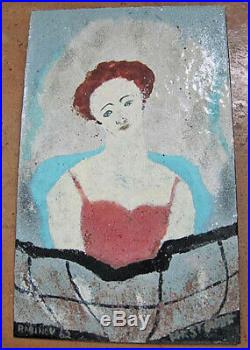 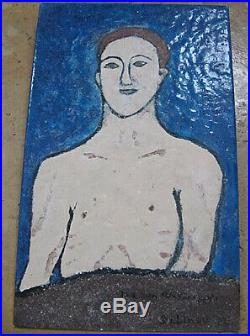 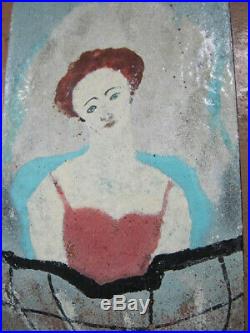 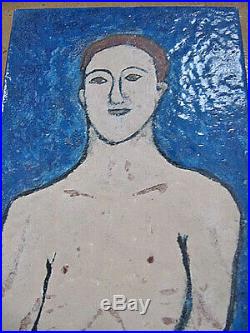 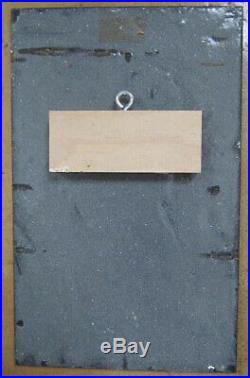 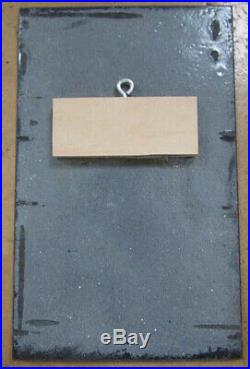 The woman is entitled, First Night and the man, Sun Worshipper, each is signed, dated'62. Rabinov was born in New York. Received his degree in Physics from the University of Chicago. He moved to San Diego, CA. In retirement he started to enamel on salvaged metal.

The subject of his work is predominantly dream-oriented and personal. These are probably portraits of his wife and himself in their youth.

Included in exhibition "Cat and a ball on a waterfall", Oakland Museum of Art, 1986. Listed in Pioneers in Paradise, 1984. Self Taught, Outsider and Folk Art by Sellen and Johnson, 2000.

American Self Taught Art by Laffal, 2003. 20th Century American Folk Art by Sellen and Johnson, 1993. See my other listings for more works by Rabinov.

The seller is "luv-ur-hom" and is located in San Diego, California. This item can be shipped to United States.