The son of G. Lambton Miniature on enameled copper plate (according to Lawrence) 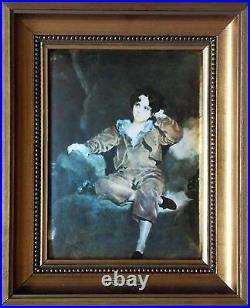 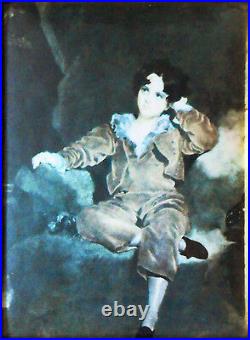 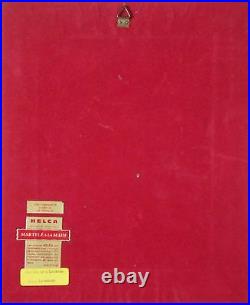 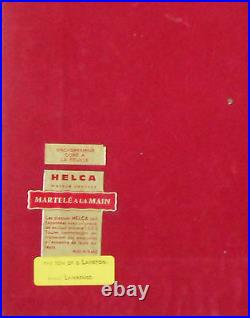 Miniature enameled on hammered copper plate. Sir Thomas Lawrence (13 April 1769 7 January 1830) was a leading English portrait painter and the fourth president of the Royal Academy. Lawrence was a child prodigy. He was born in Bristol and began drawing in Devizes, where his father was an innkeeper.

At the age of ten, having moved to Bath, he was supporting his family with his pastel portraits. At eighteen he went to London and soon established his reputation as a portrait painter in oils, receiving his first royal commission, a portrait of Queen Charlotte, in 1790. He stayed at the top of his profession until his death, aged 60, in 1830. Size with frame : - Length. NOTE-BENE: This is a miniature (or reproduction) made on a copper plate hand-hammered and enamelled [certified artisanal] performed in the first part of the 20th century by a French original technique called HELCA, protected by a patent.

En vous souhaitant de bons achats. The item "The son of G. Lambton Miniature on enameled copper plate (according to Lawrence)" is in sale since Sunday, May 3, 2020. This item is in the category "Art\Paintings".

The seller is "quali-gravures" and is located in Le Chesnay. This item can be shipped worldwide.