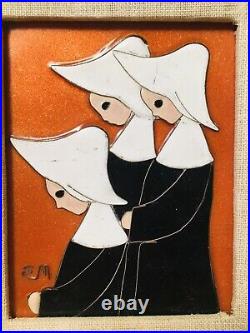 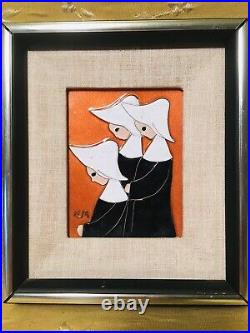 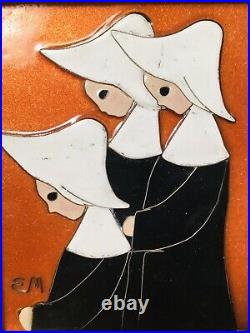 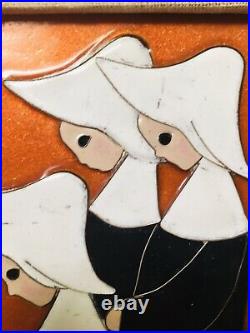 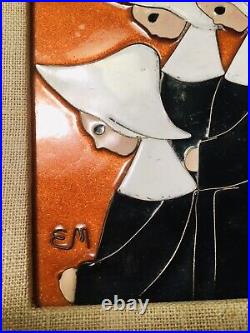 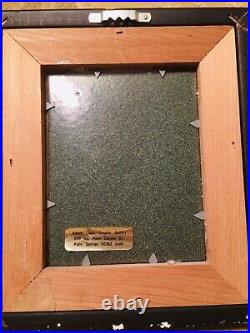 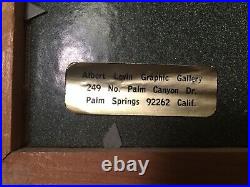 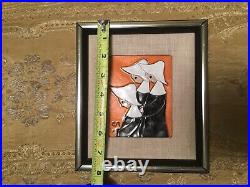 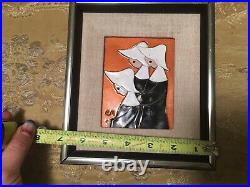 She studied at the Cleveland School of Art, where she was awarded a bachelor of fine arts degree in 1940. While there she met Bernard McDermott, an industrial design student, whom she married in 1941.

Trained in numerous disciplinesincluding painting, watercolor, fashion illustration, and jewelry designMary Ellen McDermott produced work in a wide range of media over the course of her long and productive career. After about 1953, however, enameling became her preferred medium. In a 1955 interview in Clevelands Plain Dealer entitled Puts Her Art on Enamel Panels, she stated: Enamel is one of the ageless art mediums.

It is more permanent than oils and it never fades. You can get effects in enamel you cant get in any other way because it is translucent and it looks precious to begin with.

While she explored a wide range of subjects in her work, McDermott was most interested in religious themes and was awarded numerous ecclesiastical commissions for churches throughout northeastern Ohio. According to a 1984 résumé, she taught painting, enameling, jewelry, mosaics, and drawing at the Akron Art Institute from 1949 on, and painting, enameling, and design at the Cleveland School of Art from 1961. Bates retired from the school in 1968, she was appointed chairman of the Enamel on Metal Department. She remained in that role until her retirement in 1986. Artist William Harper, who studied with her in 1965, while Bates was on sabbatical, remembers McDermott as a free spirit and a tolerant teacher who encouraged her students to explore the full artistic potential of their medium.

In 1954 she submitted her work Apostles to the Butler Institute of American Arts Ohio Ceramic and Sculpture Show. Her approach to enameling stood out as she presented each of the twelve apostles on a separate panel, enameled in rich, glowing color. Her first national exposure occurred in 1956, when two of her enamels were included in the Syracuse Museum of Fine Arts Ceramic National. She quickly established a reputation for her unique and masterful approach to enameling. The works were complex in their compositions, and she made extensive use of her exceptional skill as a draftsman. By 1959 she was considered one of the most significant enamelists, and three of her works exploring religious themesReliquary, Coronation, and Incarnationwere included in the influential exhibition Enamels at the Museum of Contemporary Crafts. She was also commissioned to create a work demonstrating the painted enamel technique for this show. In 1961 she started participating in the Cleveland Museum of Arts May Show and went on to present her work there twelve more times (196167, 1969, 1972, 1974, 1976, 1977, 1983). The item "Mary Ellen McDermott ENAMEL COPPER ART PAINTING PLAQUE MID CENTURY Nuns" is in sale since Wednesday, October 21, 2020.

This item is in the category "Art\Paintings". The seller is "btownvintage" and is located in Independence, Missouri.