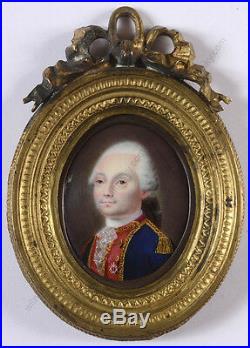 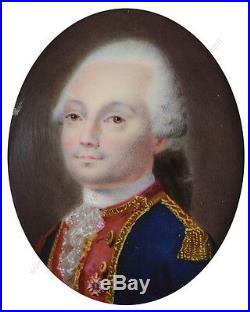 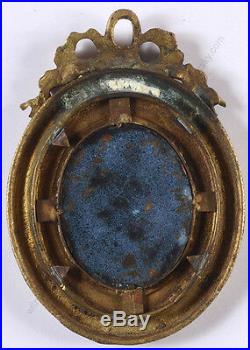 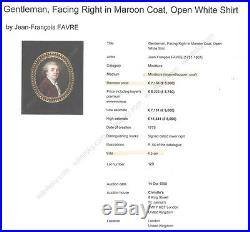 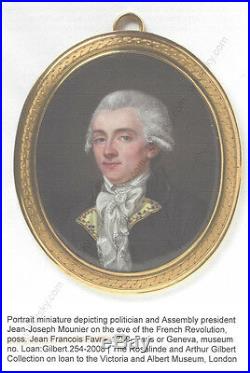 PLEASE DO NOT SEND ANY EMAILS WITH NEGOTIATIONS OR LESS-PRICE OFFERS! Offered here is (executed in the 1780s) enamel portrait of a (still anonymous) high-ranking colonel? Officer of the French Royal Cavalry (he is depicted bearing the Chevalier Cross of the Military Order of Saint Louis). 4-6 show that this miniature could with great likelihood be a work of well-known Swiss-French miniaturist Jean-François Favre. Jean-François Favre was born in 1751 in Geneva and died in the same city in 1807. He attended the Geneva Art School and trained with painter Jean-Pierre Saint-Ours and enamellist Marc-Theodore Bourrit. At the age of 21, he came to Paris.

There, together with his colleague and town-fellow Charles-Louis Loehr, he founded a studio. From 1775 Favre collaborated with another town-fellow of his - enamellist Jacques Thouron. In 1776, he began studying at the Ecole de l'Academie de Paris. In this early period of his life, he and his companion Thouron mainly produced enamel decorations for golden boxes, jewelry and clocks.

In the late 1770s, Favre began active as a miniaturist, working not only in the technique of enamel but also in that of painting on organic wafer and paper. In the late 1790s, due to health reasons, he had to leave Paris and return to Geneva. Condition: fairly good; in magnificent, original bronze frame. Measurements: UNFRAMED:4,3x3,5cm/1,7x1,4in FRAMED: 8,9x6,2cm/3,5x2,4in.

This item is in the category "Art\Paintings". The seller is "boris_wilnitsky_fine_arts" and is located in Wien. This item can be shipped worldwide.