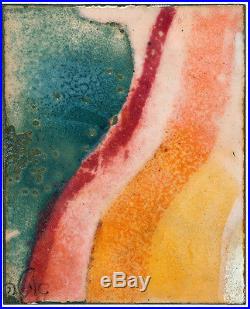 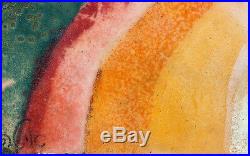 She married at the age of 18 and lived as a religious woman until 1970. In that year she left religious culture. Gertner began exhibiting in her thirties and has since had many exhibitions in galleries and museums in Israel and abroad. Gartner began her training as an artist at the Avni Institute, where she graduated with honors in art studies in 1963; Among her teachers were Moshe Sternschuss, Yehezkel Streichman, Moshe Propes and Jacob Wexler.

This item is in the category "Art\Mixed Media Art & Collage Art". The seller is "artshik" and is located in Tel Aviv. This item can be shipped worldwide.